The AirStMaarten Newsletter is professional with a personal touch, informative and to the point with news, opinions, background information, articles and promotions.

The Caribbean travel industry needs to re-invent itself. With economic and financial crises hitting the world at large, the Caribbean is faced with an unprecedented challenge to remain attractive to tourists with limited budgets and a wide range of options available to them for travel.

In order for the Caribbean to remain competitive, the industry needs to literally re-invent itself. That means that the Caribbean has to target existing and new markets with new tourism products and services.

For years the Caribbean destinations in general have catered to mass tourism with a sprinkling of exotic destinations, such as St. Barths, added to the recipe and a dash of eco-tourism (Dominica) thrown in for good measure. One new and exciting tourism product the Caribbean is now marketing is 'space travel' out of Curacao.

However, more worldly problems are challenging the aviation and airlines industries that have an earthly source to these challenges. Airlines are faced with rising fuel costs while the call for more airlift does not come with equally adequate revenue guarantees from Caribbean governments.

The aviation sector is marred with the desire and intention to have 'open skies' as a general policy for civil aviation territories in the Caribbean while the result remains the same as far as Caribbean governments and their civil aviation policies are concerned: protectionism! Just look at the REDjet situation and you will see what I mean.

In the coming months I will be focussing on news geared towards tapping into new markets such as the BRIC zone: Brazil, Russia, India and China. This month we are reading news coming out of Jamaica with plans to tap into the Chinese travel market with direct flights between Beijing and Montego Bay.

Next month, I will be looking at news coming out of the next BRIC country on my list of new markets, Brazil. In the meantime, you can read about the planned State of the Industry Conference to be held in September on Saint Martin.

Adformercial: Fired Travel Agent Reveals How To Get Dirt Cheap Airfare Tickets! I Was Fired By The Airlines, So This Is My Revenge! This Angry Ex-travel Agent Will Reveal The Deepest, Darkest Secrets Of The Airline Industry To Show How You Can Obtain Airline Tickets At Ridiculously Low Costs! Click here! 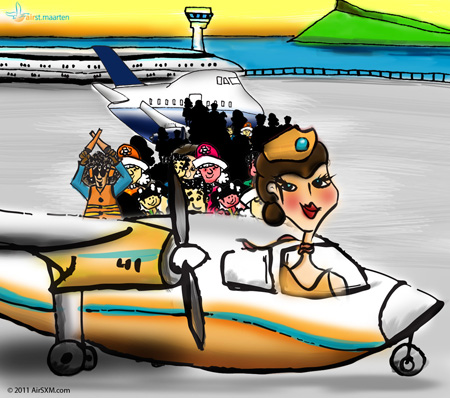 The Caribbean needs to tap into new markets to secure future

As recent as last month, it was announced that Jamaica should soon have direct flights to China, the fastest growing market for outbound travelers in the world.

China’s newly appointed Ambassador to Jamaica, Zheng Qingdian, gave a commitment to pursue the introduction of direct flights between Beijing and Montego Bay, during a courtesy call on Tourism Minister Edmund Bartlett on June 29th, 2011.

Ambassador Qingdian said he would be facilitating discussions with China Air to have the new flight arrangement implemented.

The Chinese diplomat also discussed with Minister Bartlett investment prospects in tourism and extended an official invitation to the Minister to meet with his counterpart in China in September to explore areas for increased collaboration.

Minister Bartlett expressed enthusiasm about the opportunities for greater collaboration with China, particularly in tourism.

“China represents one of the target markets for increasing tourist arrivals to the island and establishing direct flights between us and them is a major step in having Chinese visitors coming here,” the Minister said.

China is the top destination in Asia and the Pacific region. According to the World Travel and Tourism Council (WTTC), it is forecast to provide more than 100 million visitors for other destinations by 2018. Chinese visitors are particularly attractive as they are likely to spend during their travels, as indicated by statistics compiled by the WTTC.

Fresh from his trip to Russia last week and South America last month, Minister Bartlett stressed that “Brazil, Russia, India and China, commonly referred to as the BRIC countries, represent strong potential for growing visitor arrivals to Jamaica. As a result, these countries will increasingly become important points of focus for Jamaica’s marketing efforts.”

Some 10,000 additional air seats have been secured to bring in visitors from South America over the next six months. This is expected to boost arrivals from the usually colder southern continent during the summer period in Jamaica, which is traditionally the off season for the tourism industry.

State of the Tourism Industry Conference in Saint Martin Firming Up

MARIGOT--The Caribbean Tourism Organisation (CTO) will organise its inaugural State of the Industry Conference on St. Martin this coming September 15-17, CTO General Secretary Hugh Riley announced at a press conference in May 2011.

"This is an extremely proud moment in the history of the CTO," explained Riley. "Having the conference here will demonstrate to the world through traditional and social media what collaboration and creativity can produce.

"It will give residents on French and Dutch sides a chance to realise just how much the rest of us admires you for what you have achieved, and it will allow us to create a forum for some of our industry's sharpest minds to analyse the factors that influence our industry," Riley added.

The CTO General Secretary said the programme for the conference is still in the planning stages. He estimated about 300 delegates would attend but it was too early to divulge the names of speakers and of the keynote speaker, or issues to be discussed.

She indicated the main venue for the conference has been "selected but not finalised" and she stressed the event is not just for the French side but both sides will benefit from the economic spin off in a low season month.

Tourism Office Director Sylviane John concurred, saying it was a unique opportunity "to showcase the best the island has to offer" to the attending media and travel agents.

Organisation and details of the event still have to be finalised in the coming weeks by the tourism office. Some of the activities, meetings, dinners, and conferences associated with the event will be held on the Dutch side, Zin Ka Ieu added.

The tourism office budget for holding the conference was not disclosed.

Present at the conference were St. Maarten Tourism Bureau Head of Marketing Edward Dest and Product Development Assistant Lisa Noël. It was not clear what the Dutch side's tourism office's involvement is, if any, with the event, or the involvement of Dutch side companies.

Riley said collaboration between all the elements of the 37 square mile island will be very important to ensure success.

"You know what your local logistics and resources are. The people attending won't be as familiar as you are over the significance of crossing the border. It's important your island illustrates the creativity and excellence that the rest of the world looks for. It will be unique...and the combination of skills and resources you put together will deliver a conference quite unlike Jamaica, Bahamas, or anyone else could have."

Riley noted the Caribbean as a whole runs at a six per cent increase in arrivals over last year but revenues continue to lag behind previous years.

He added French St. Martin was elected last year at the leadership strategy conference to be the Vice Chair of the French speaking group on the Executive Council of the CTO.

Published in The Daily Herald

Or... How To Eat Healthy When Travelling

When you're traveling, sometimes it's not the easiest task to find healthy food options, especially if your only options are fast food joints.

I try to stay far far away from places like mickey d's or BK... I think I've only had them once or twice in the past 2-3 years.

But I've found a much healthier fast food option recently on many of my travels. I've been seeing a lot of these fresh mexican food places popping up all over the place. There are several different chains such as Chipotle, Baja Fresh, Rubios, etc.

But here's how I modify their options to get the healthiest meal possible...

Usually the menus are full of burrito and taco options, but I really don't want the wheat or corn tortillas since those are just useless carbs and calories without much nutrition value. Plus, most wheat wraps are made with hydrogenated oils (trannies), so that's another reason to avoid them.

So what I do is ask the worker to make me a special plate where I'll just pile up a few of the meat options, tons of veggies, beans, salsa, and LOTS of guacamole. I always decline the rice too since that's also a pretty useless carb with no real nutrition value and doesn't add much on taste either.

This pretty much confuses the worker every time since this "mixed plate" option isn't really on their menu, and they don't know what to charge me, but I just ask them to charge me for whatever they think is fair.

Considering this is fast-food, this is about the healthiest option that packs the most nutritional punch without overloading on useless carbs. Plus, it's pretty damn tasty too! And it also satisfies the appetite for a long time since it has plenty of healthy fats from the guac and fiber from the beans and veggies.

Consider giving this little trick a try next time you're out and about and want to find a healthier fast food option.

Winair will be celebrating its 50th anniversary on August 24th, 2011, with lots of activities planned around this date. Read the article "How Winair Was Founded" for more about the founding of Winair on August 24th, 1961.

If you would like to receive your own AirSXM.com t-shirt, simply send us an email via sales@airsxm.com. Based on the amount of people interested, we will determine whether to have the t-shirts made locally or produced and drop-shipped from a location in the USA. 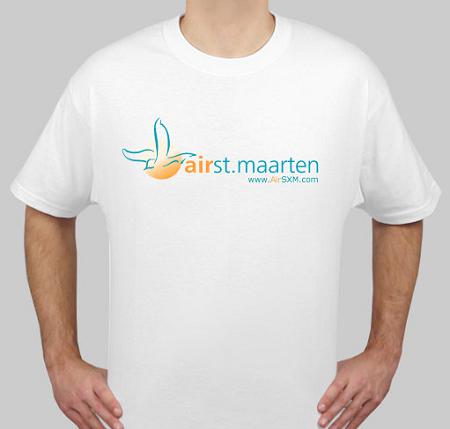 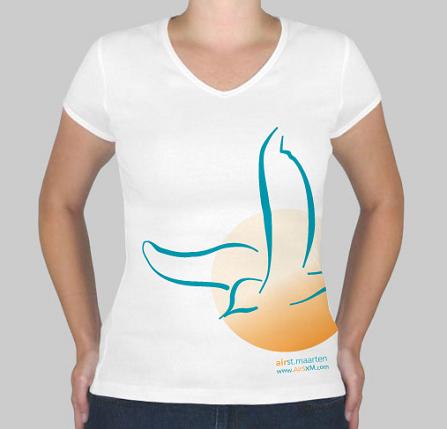 We have already received several inquiries. So keep those inquiries coming. The more, the better. For more information about AirSXM.com's merchandising, email us via sales@airsxm.com.

Submit a reservation request online at www.airsxm.com. Once we receive your request, we will send you a Reservation Offer for your consideration. Once you accept our proposal, we will require payment. You can use our credit card form to send us your credit card information. We accept all major credit cards such as Visa, MasterCard, Discover and American Express. You can also pay by bank transfer, check, cash or Paypal. Once payment is received, we will book the commercial flight or private charter and send you a Reservation Confirmation.

If you have requested additional services such as VIP Transfer Services, we will send you a Final Confirmation containing all details of your travel itinerary and services booked. And that's how you book with AirStMaarten.

Do you need a Private Charter anywhere throughout the Caribbean? Contact us today for a free no-obligations quote...