The AirStMaarten Newsletter is professional with a personal touch, informative and to the point with news, opinions, background information, articles and promotions.

In this issue we remember Frank DeLisle, founder of LIAT, the Antigua-based Caribbean airline we so affectionately call "L.I.A.T." as in Leave Island Any Time. Frank DeLisle passed away in 2002 on the same day he was knighted Sir Frank. This month's Special features pictures provided to the Aviation Pioneers of the Caribbean Foundation by his son, Paul Delisle.

This intro is part of a series featuring old Caribbean-based airlines, such as LIAT, founded in 1956. We will also be featuring Winair as this airline was founded way back in 1961 and, just like LIAT, is still operating today. The longevity of these airlines is marked with many financial difficult periods and today is no different. Especially for Winair, which is presently facing financial difficulties again after a short period break-even operations.

It with this backdrop that I choose to operate AirStMaarten as a virtual airline. You can read more about my philosophy in section 3 of this issue about an aviation pioneer in the making, even if I say so myself with my tongue in my cheek. :P

Adformercial: Fired Travel Agent Reveals How To Get Dirt Cheap Airfare Tickets! I Was Fired By The Airlines, So This Is My Revenge! This Angry Ex-travel Agent Will Reveal The Deepest, Darkest Secrets Of The Airline Industry To Show How You Can Obtain Airline Tickets At Ridiculously Low Costs! Click here! 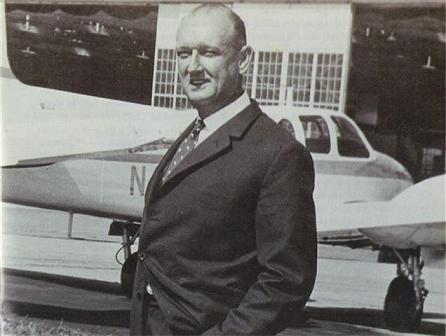 We remember that Sir Frank DeLisle, founder of the Leeward Islands Air Transport (better known Caribbean-wide as LIAT), the oldest airline in the sub-Caribbean region, died at age 83 on Friday, November 1st, 2002. It was the same day that he was honoured with a knighthood for his outstanding contribution to the aviation industry in Antigua and Barbuda and the Caribbean as a whole.

A former airline captain, Sir Frank played a tremendous role in bringing aviation to the region. He was born in St. Kitts and went to neighbouring Anguilla as a young man to work in the Agriculture Department. He then migrated to Montserrat where he was employed with the Montserrat Company Ltd.

It was there that his love and interest in aviation developed. With a vision of transforming air transportation in the region, Delisle started the Leeward Islands Air Transport Service Ltd. in 1956, on the island of Montserrat.

In those days LIAT was a privately owned one-man operation with a fleet of one aircraft and a non-scheduled service between Montserrat and Antigua. He also founded Radio Montserrat, the first radio station in the sub-region, which is still operational today.

With the support of the late V.C. Bird, former Prime Minister of Antigua and Barbuda, DeLisle’s vision grew and LIAT was moved and headquartered in Antigua. The airline continued to grow and develop with the co-operation of other regional leaders.

Photos provided by the Aviation Pioneers of the Caribbean Foundation (APOTCF) http://www.aviationpioneers.info

Why We Consider Terrance Rey A Modern Day Aviation Pioneer

Terrance Rey is the founder of the Caribbean's first and only virtual airline called AirStMaarten, which he started in 2003 and which contracts third party operators to execute flights and charters on its behalf. Terrance Rey has been operating this business model successfully with St. Barths as one of the prime destinations AirStMaarten services as a virtual airline.
Because of his active role in the aviation sector, Terrance Rey was one of the founding board members of the Aviation Pioneers of the Caribbean Foundation which was founded February 2008 in honour of the memory of legendary pilot, Capt. José Dormoy.
In June 2009 Terrance Rey was elected President of this foundation. In this capacity he launched a website called www.AviationPioneers.info for this foundation. The website, which is hosted on Facebook, has over 1010 Friends and 192 Fans and is constantly growing with new friends and fans every month.
As President, he initiated various projects commemorating aviation pioneers in the Caribbean, such as a permanent exhibition at the Saba airport, a permanent exhibition at the St. Eustatius airport (2009) and the publication of the commemorative stamps collection in November 2009 in conjunction with the Postal Services of The Netherlands Antilles (NPostNA) featuring aviation pioneers, Jose Dormoy, Chester Wathey and Freddy Johnson.
See www.AviationPioneers.info for more information about these special commemorative and unique stamps. The next project the foundation is currently working on is a permanent display at the airport in St. Barths in 2011.
For more information on the virtual airline business model Terrance Rey implemented with AirStMaarten, read the article entitled "A New Role for Travel Agents".

AIRPORT--Burdened by underperforming new routes and high monthly lease fees for its aircraft, Windward Islands Airways' Winair's financial losses in 2010 are reported to be significant enough to prompt an immediate review and assessment by a shareholder-appointed team of legal and aviation experts.

It has been learned that Winair's new JetStream 32 operation, the two aircraft that service most of the new routes, began losing money soon after the aircraft were put in service in mid-2010. While some new routes such as Dominica are performing well, the positive financial gains are offset by significant losses on routes like Tortola and Trinidad.

The latter in particular has been a failure because seemingly the aircraft does not suit the long-haul route. Also, very little marketing has been executed for the route. On the 19-seat JetStream, only five or six seats on average are filled for the Trinidad route. Winair started flying to Trinidad via Dominica and St. Lucia in October.

Compounding the precarious financial situation are the high lease fees Winair has to pay to the Canadian firm that owns its four Twin Otters, and to the Trinidad-based company that owns the two JetStream planes. Winair does not own any of the aircraft it utilises. Winair pays approximately US $30,000 monthly for each of the Twin Otters and approximately US $1,400 an hour for the JetStreams.

If you find out how to get a Pirelli Calender without having to buy lots of tires, let me know. Else consider buying "The Pirelli Calender: 40 Years, The Complete Works" on Amazon.com.

The end of the year is in sight. High time for the latest edition of our favorite calendar, the Pirelli Calender.

The Pirelli calender is one of the few ways you are culturally allowed to responsibly look at naked women. And men! Because this edition also shows some scantily clad men.

Italian tire manufacturer Pirelli has been publishing the famous calendar since 1964 and since then many supermodels and celebrities have appeared in the calendar. Previous names that have graced the pages include Naomi Campbell, Gisele Bundchen, Kate Moss, Cindy Crawford, Milla Jovovich, Doutzen Kroes, Heidi Klum, Mena Suvari, and many others. The calendar is popular because of its glamour and artistic photography. The limited edition calender is published exclusively for Pirelli customers and special recipients.

The 2011 calendar is a stylish combination of art, fashion, culture and photography. The famous fashion designer Karl Lagerfeld is responsible for the 38th edition of the Pirelli calendar. The designer was inspired by Roman and Greek mythology. Thirtysix black and white photos with fifteen female and four male models fill the pages in the beautiful calendar. Names like Isabeli Fontana, Erin Wasson, actress Julianne Moore (as Hera - Zeus' wife), Daria Werbowy, Baptiste Giabiconi (Karl's own muse), and the newest Dutch export product, Lara Stone, will be available throughout 2011 for a select group of people to admire hanging from their toilet door. 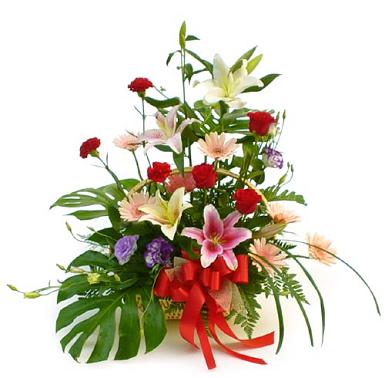 Visit our website and place your order for flowers, bouquets and giftbaskets online today. We will deliver your orders to homes, businesses, hotels, villas, hospitals, gated communities, schools, universities and funeral parlors anywhere in St. Maarten. Just place your order and we will send you a pro forma invoice with payment instructions. You can pay online with your creditcard once you receive our invoice. After your payment is received, we will process your order and deliver according to your specific instructions. We also do wedding bouquets, boutonniers and centerpieces. http://www.stmaartenflowers.com

Submit a reservation request online at www.airsxm.com. Once we receive your request, we will send you a Reservation Offer for your consideration. Once you accept our proposal, we will require payment. You can use our credit card form to send us your credit card information. We accept all major credit cards such as Visa, MasterCard, Discover and American Express. You can also pay by bank transfer, check, cash or Paypal. Once payment is received, we will book the commercial flight or private charter and send you a Reservation Confirmation.

If you have requested additional services such as VIP Transfer Services, we will send you a Final Confirmation containing all details of your travel itinerary and services booked. And that's how you book with AirStMaarten.

Do you need a Private Charter anywhere throughout the Caribbean? Contact us today for a free no-obligations quote...